The Official Website of the Holy Metropolis of Abkhazia > Library > All books > Shrines of Abkhazia. Orthodox churches and monasteries. Photo album. (3rd edition, 2017) 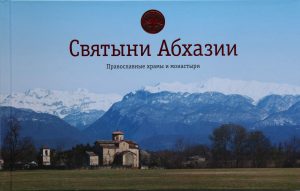 The head of the project is Hierodeacon David (Sarsaniya). Corrector H. Marshania. Photos by A. Tokarev, T. Tarba. Circulation – 3000 copies.

A list of references is given at the end of the photo album.

© Publishing office of the Holy Metropolis of Abkhazia.

One can purchase the book at the church shops of the New Athos Monastery and bookstores in Sukhum, Ayaayra Avenue.