The Official Website of the Holy Metropolis of Abkhazia > Documents > All documents > A copy of the letter of General A. Denikin to the bishop of Sukhum Sergius (1919)

A copy of the letter of General A. Denikin to the bishop of Sukhum Sergius (1919)

Museum of Local History of the Abkhazian ASSR.

The extreme difficulty of communication of the Black Sea region with the city of Sukhum deprives Your Eminence of the opportunity personally to lead the activities of the clergy of this region.

Meanwhile, the activity of the clergy in this region should be particularly active, planned and coordinated.
In order to achieve the last goal, I find it necessary: to leave the clergy of the Black Sea region in canonical dependence on you, during the military operations in the south of Russia, to subordinate it to the current Protopresbyter of the military and naval clergy, as a person familiar with the tasks of our command. He is able to coordinate the activity of this clergy with the needs and interests of the army in the pursuit of its great goal – the salvation of Russia.

I hope your Eminence will give his blessing to the Protopresbyter on the management of the clergy of the Black Sea region until the cessation of hostilities in the south of Russia and will not find it as the violation of your archpastoral rights. 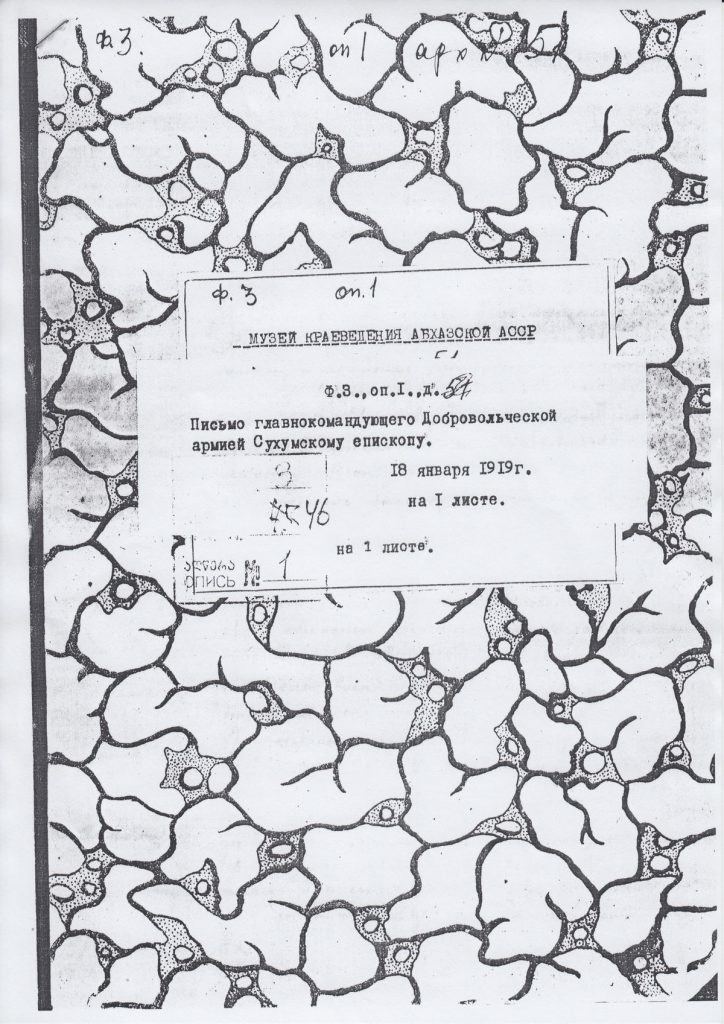 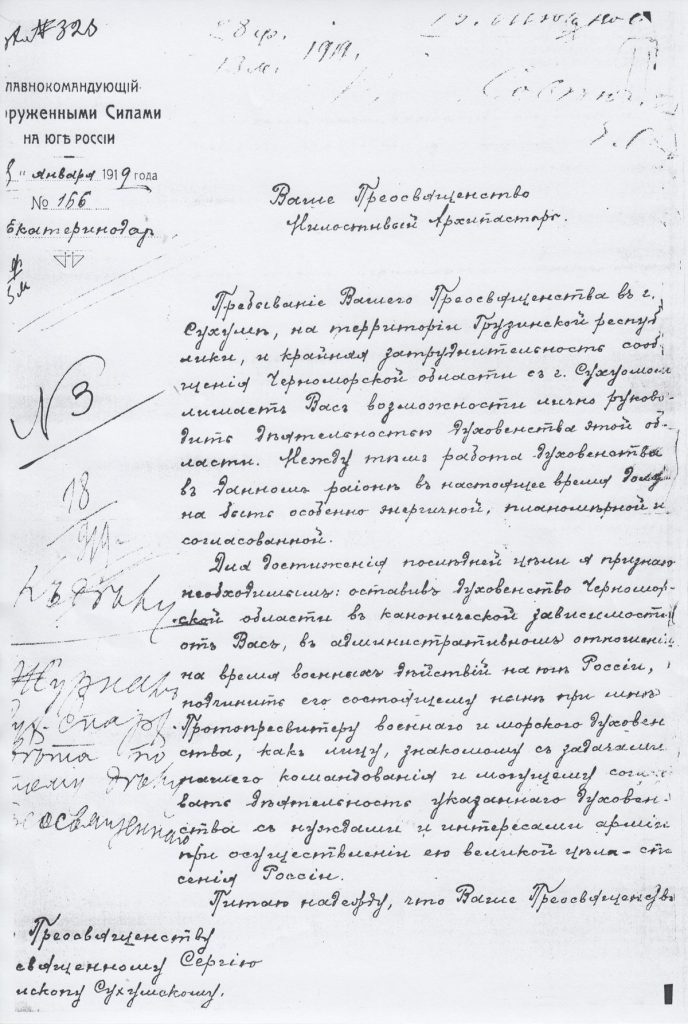 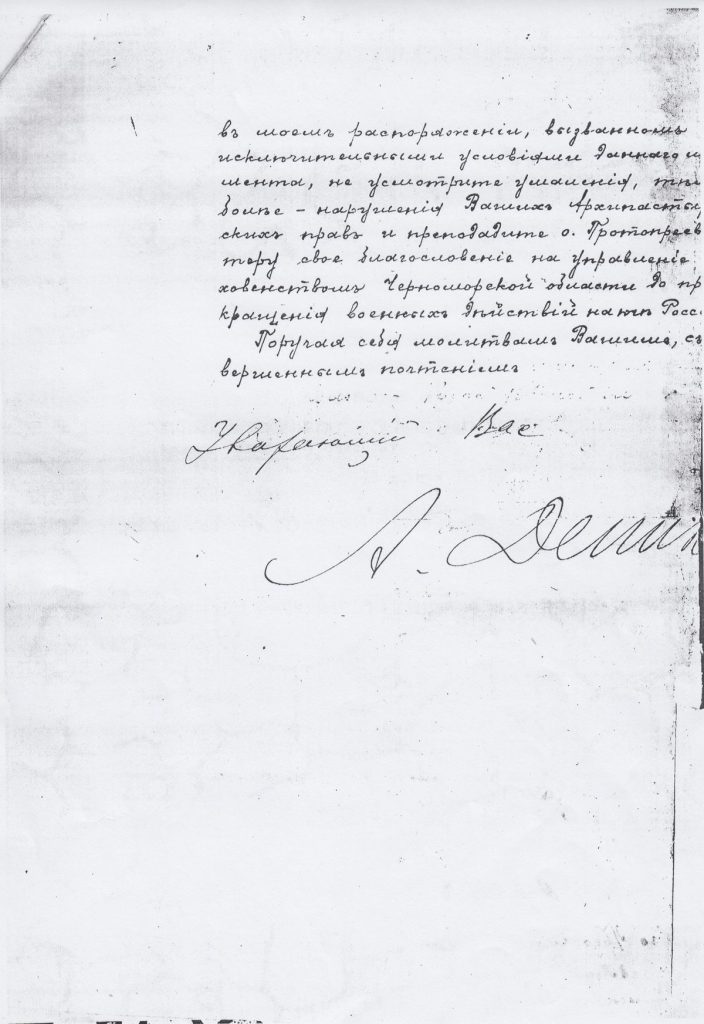