New collection of books of the Church and Archaeological Office 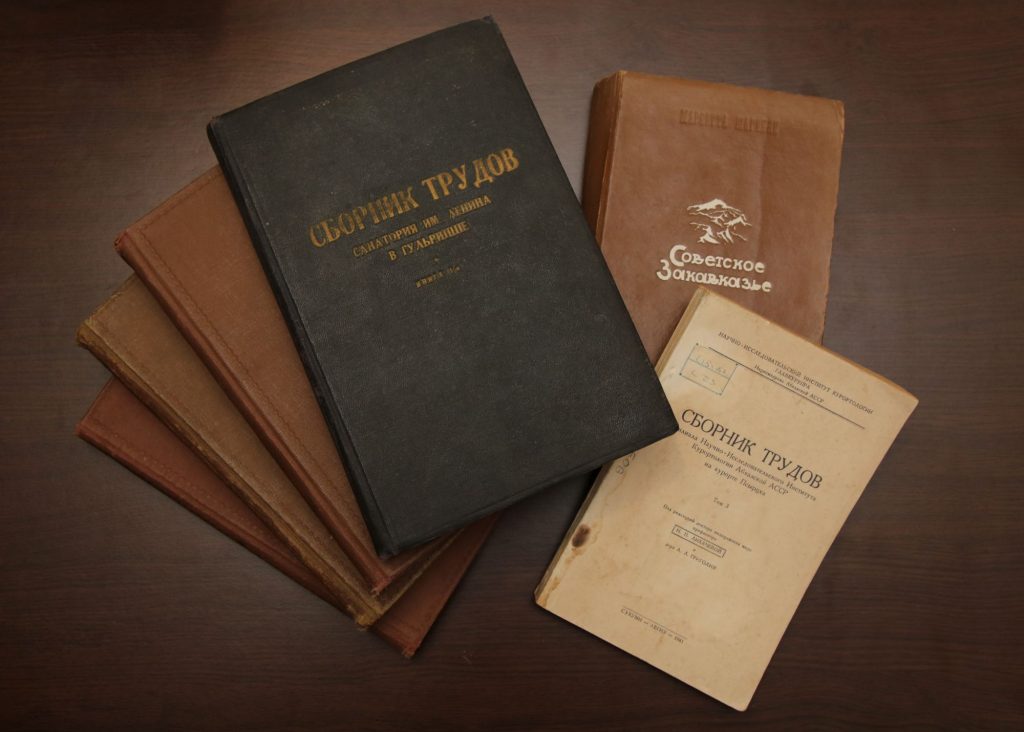 In June 2019, A. Ya. Dbar donated a collection of rare books to Church and Archaeological office of Archimandrite Dorotheos (Dbar):

1. 3 volumes (І, ІІІ, ІІІ) of the Literary Encyclopedia’s edition of 1930-1934. Volume I contains the articles of “Abkhazian Literature” (by E. Polivanov) and “Abkhazian Language” (by N. Marr);
2. Collection of works of the Lenin sanatorium in Gulripsh. Book I. Under. ed. of A. L. Grigolia. Sukhum: АбГИЗ, 1932. – 212 C. Circulation 600 copies. It is worth to read two articles by A. L. Grigolia, published in this collection: “Resorts of Abkhazia and their construction within the 2nd five-year plan” and “Mineral springs of Abkhazia” PDF ⮷
3. Marietta Shaginyan. Soviet Transcaucasia. Ed. 2. M., 1946. – 428 p. PDF ⮷
4. Research Institute of Balneology (GLAVKURUPRA) Commissariat of Health of the Abkhazian ASSR. Collection of works of the branch of the Research Institute of Balneology of the Abkhazian ASSR in the resort of Psyrtskha. Volume III. Under. ed. of Dr. of med sciences, prof. M. P. Likhachov and Dr. A. L. Grigolia. Sukhumi. 1941 – 196 p. Circulation 1100 copies. PDF ⮷
5. 8 brochures of official propaganda of the Communist Party of the Soviet Union with texts in the Abkhazian language, 1939-1946.
6. I. Stalin’s report at the 17th working congress of the All-Union Communist Party of Bolsheviks in the Abkhazian language. Sukhum, 1934 – 180 p. Circulation 3000 copies. There is a typo in the title page: the date of publication of the book is indicated as 1439 instead of 1934.