The Official Website of the Holy Metropolis of Abkhazia > Articles > Archimandrite Dorotheos (Dbar). Epidemic and quarantine in Abkhazia of 1921 through the eyes of K. Paustovsky

Archimandrite Dorotheos (Dbar). Epidemic and quarantine in Abkhazia of 1921 through the eyes of K. Paustovsky 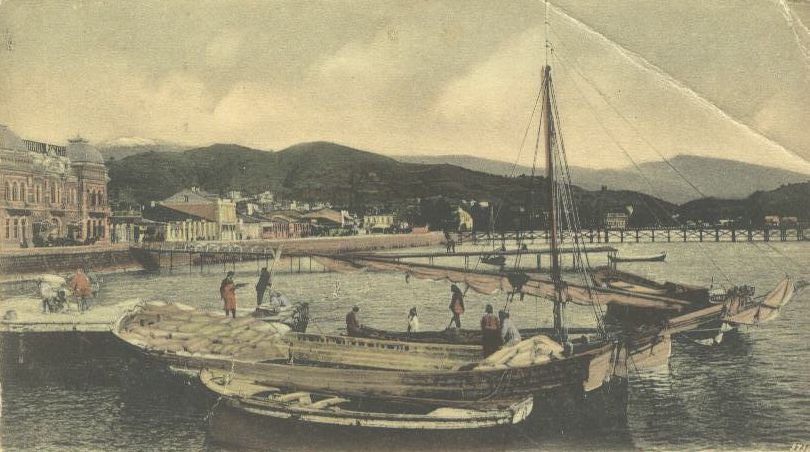 Famous Russian and Soviet writer Konstantin Paustovsky (1892–1968) in his autobiographical “Tale of Life”, recalling the short time he spent in Sukhum in 1921–1922, tells about the epidemic that existed in 1921 and what measures were taken by the government of Abkhazia.

The writer sailed from Novosibirsk on the ship “Pestel” and when the ship anchored in the Sukhum Bay, the second assistant of the captain said: “We will not let anyone go ashore. Clear? Even if it would be Sholem Aleichem (a Jewish writer and playwright, died of tuberculosis in 1916, New York). It is the order of the government of the Abkhazian Republic!”

No one was allowed to go ashore due to the mysterious quarantine declared by Abkhazian authorities. I went to the captain and told him that I needed, as an employee of the ship, to go ashore at least for an hour. The captain didn’t like it.

“We need to talk to the port overseer,” he said. – A complicated man, but let’s try.

The port overseer, a man with red eyebrows, rudely refused to let me go ashore.

What he meant, I did not understand.

The captain insisted and the port overseer finally gave up.” 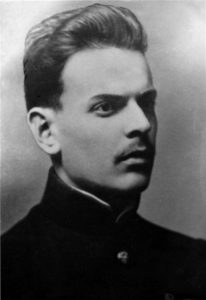 Then K. Paustovsky tells: “In order to understand what was happening in Sukhum at that time, we need to talk about the general situation on the Caucasian coast where small Abkhazia is situated on. Soviet power in Abkhazia was established recently (4 March, 1921).

A small country, tightly sandwiched on three sides by regions where people died of typhus (in post-revolutionary Russia between 1917 and 1921, about 3 million people died of typhus), decided to be saved by the most affordable and simple way, to isolate themselves from the rest of the world and not to let anyone to cross the border. It was easy to do. From the north, Abkhazia was fenced off by the Main Range. The only Klukhor pass was impassable at that time, the trail was collapsed in several places. From the north, from Sochi and from the south, from Adjara, highways and bridges were blown up during the Civil War. There was only one way – the sea. But there were no ships on the sea, except for the “Pestel”.

The easiest way was to declare quarantine against typhus and not to let anyone go ashore. And the local authorities did so. Meanwhile, rumors were circulating throughout the Black Sea and people from neighboring lands heard about a small paradise on the Caucasian shore with a fantastic abundance of food and a magical climate. Everyone was eager for this paradise, but it was closed. This paradise was called Abkhazia … ”

I want to draw the attention of the reader to another very important fact from the work of K. Paustovsky, it makes clear who took decisions in difficult times in Abkhazia.

“… Abkhazians seemed mysterious. In most cases, they were lean and screaming people, like eagles. They hardly got off the saddles. Horses, as lean as humans, carried them. Men were distinguished by pride, quick temper, chivalrous honesty, but were gloomy and unhurried. Women worked. At thirty, they already looked old.

I often met women on the road from mountain villages to Sukhum. They carried heavy bags of corn or bundles of brushwood. And in front of women, men were riding horses, there were their husbands, sometimes sons and even grandchildren. They had impassive faces of recognized handsome men, but they felt uneasy. I tried to help women, sometimes very young girls, but the women were so frightened that I stopped trying to help, realizing that it would make them worse. Once upon a time, many of these women were obviously beautiful.

Sometimes I noticed some old woman’s thin and nervous lips or young eyes shine and then it became clear that this woman was not old at all. Hard life made her look old. From time to time, women stopped and wiped their watery eyes with their hands. But those were not tears of grief and resentment, but of endless fatigue.” 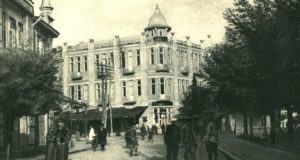 Now let’s speak about the economic problems generated by the epidemic and quarantine in Abkhazia, 1921.

“On the Sukhum embankment there were dukhans (taverns) with amazing names: “Зеленая скумбрия” (Green mackerel), “Завтрак на ходу” (Breakfast on the go), “Отдых людям” (Rest for people), “Царица Тамара” (Queen Tamara), “Остановись, голубчик” (Stop, darling). Only in one of the dukhans this warning was expressed more politely: “Credit derails the relations”. The window of the hairdresser also had its own sign: “We don’t cut your hair on credit.” Credit announcements hung everywhere, even on the walls of barbecue restaurants. They cooked barbecue, lamb, tomatoes and chopped onions. Shashlik fried in hot juice of onion, tomato, in its own fat and spread incredible flavor throughout Sukhum. Credit announcements were only a detail of Sukhum life. In fact, visitors have been drinking and eating on credit since the time of Queen Tamara. The attempt to pay immediately that day aroused bewilderment among the dukhan’s workers. Therefore, it was completely incomprehensible who came up with this slogan and hung those announcements in Sukhum.”

My conclusion: there is nothing new in the world and humans always remain humans!