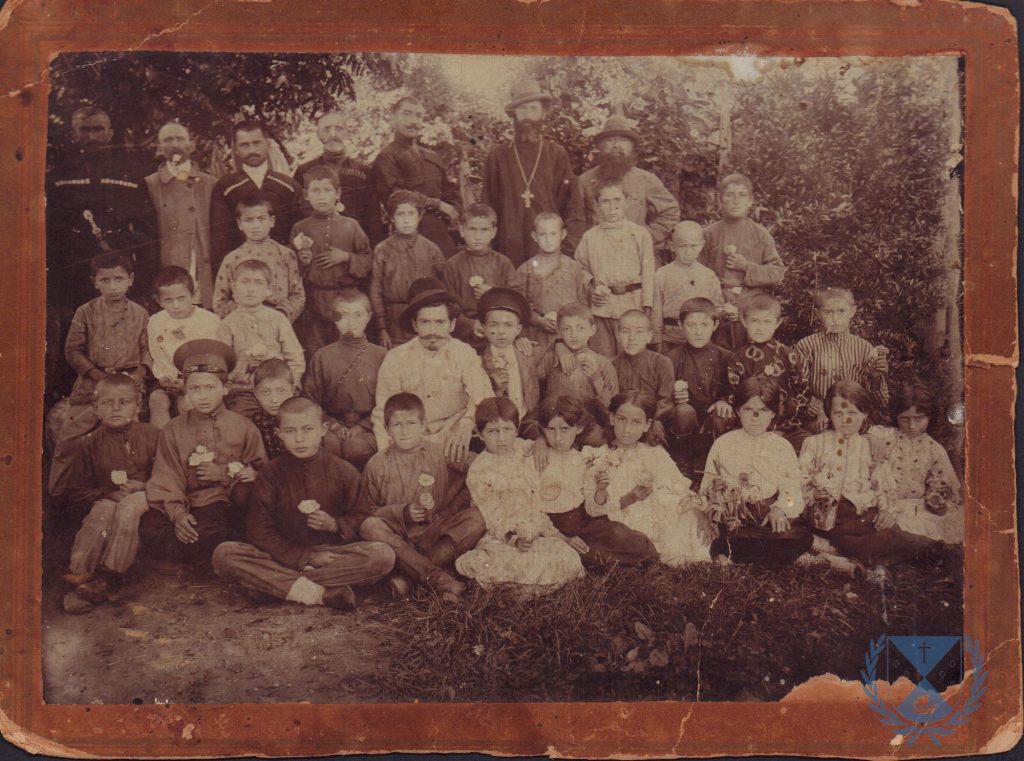 Pre-revolutionary photo of a priest and a parochial school of the Sukhum Diocese in Abkhazia (presumably, the Kodor or Samurzakan section of the Sukhum district, the Russian Empire).
Photo 23.5 × 16.5 cm, black and white.

In the photo: top row, in the center a priest with a cross and a hat is standing. On the right side of him there are men in traditional Abkhaz clothing. On the left side there is a clergyman (possibly a deacon, reader). The next three rows are students, two of them are in gymnasium caps. The total number of students in the photo is 29, six of them are girls. All students hold flowers in their hands. In the second row in the center a man is sitting, obviously a teacher.

The photo was transferred to the fund of the Church-Archaeological Museum of HMA in 2020.