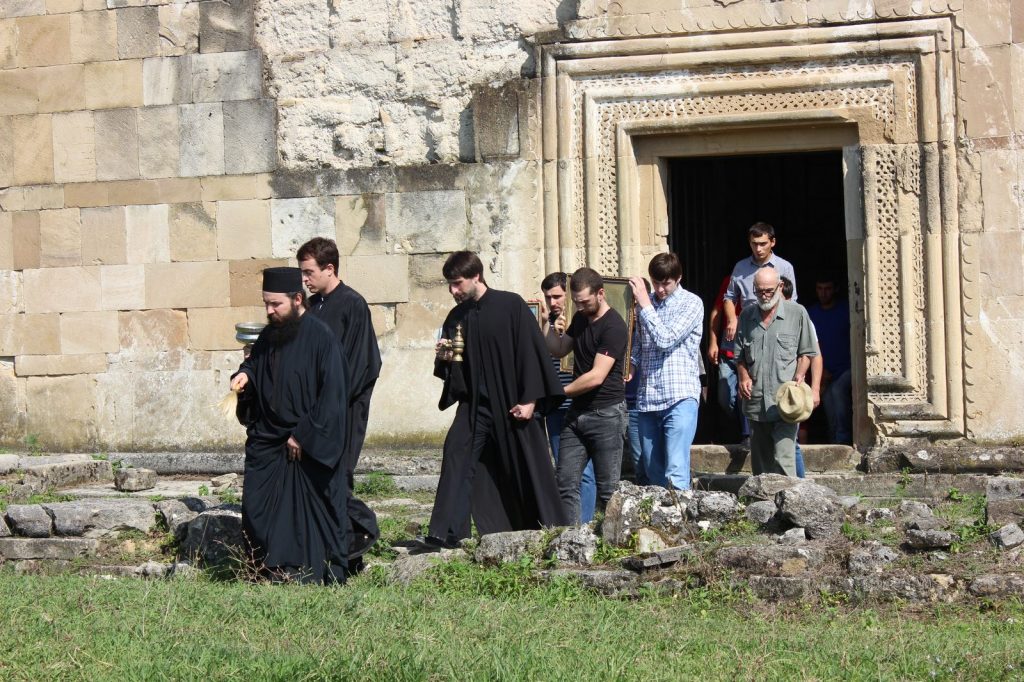 On 13 September 2019, employees and parishioners of the New Athos Monastery made a pilgrimage trip to the church in honor of Theotokos of Blachernae in Agubedia village, Tquarchal district.

The abbot of the monastery, Hierodeacon David (Sarsaniya) performed the prayer service of the canon to the Most Holy Theotokos. He prayed for the peace and prosperity of Abkhazian people.

The Bedia Cathedral was built in 999 by the Abkhazian king Bagrat II in honor of Theotokos of Blachernae and his tomb is located in this cathedral too. The following thing is reported about the Bedia Cathedral in Annals: “If someone has a desire to understand the degree of his greatness, let him first see the splendor of the Bedia Church and understand that there was no other (similar) king in Kartli and Abkhazia.

In the first half of 11th century, during the reign of King Bagrat ІѴ, a part of the Cincture of the Theotokos was kept in the church. It had been transferred to Abkhazia as a dowry with the niece of the Byzantine Emperor Romanos III Argyros.