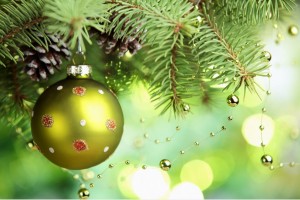 Dear friends!
The official church newspaper “Orthodox Abkhazia” congratulates you on the upcoming Christmas and wish you Happy New Year! As well as we wish our readers to keep their faith, to remain faithful to the Lord’s commandments and ethical standards and cherish the soul and health of their loved ones!

We also inform you that the December issue of the publication will be the last one, and the project will cease its existence. The formal reason is the official appeal of the head of the Pitsunda-Sukhum eparchy, Priest Vissarion Apliaa, to the Ministry of Justice of the Republic of Abkhazia. Newspaper «ИҚЬЫРСИАНУ АԤСНЫ» (Orthodox Abkhazia) was registered as a printed publication of the Abkhazian Eparchy, according to the statement of the co-chairman of the Council of AE, hieromonk Andrey (Ampar) in 2005. In order not to begin another confrontation and not to aggravate the conflict, in December 2014, the Chairman of the Council of HMA, Archimandrite Dorotheos (Dbar), notified the Ministry of Justice of the Republic of Abkhazia about the termination of the newspaper (with an official letter) and regained the registration of “Christian Abkhazia” No. 12.

We note that the official and unfortunately the only monthly church newspaper in the territory of Abkhazia «ИҚЬЫРСИАНУ АԤСНЫ» was published by “Abkhazian Eparchy”, “Sukhum-Abkhazian Eparchy”, “Pitsunda-Sukhum Eparchy” and “Holy Metropolis of Abkhazia”, 93 issues were published. From 2005 to 2014 the church newspaper informed its readers about religious life both in the country and abroad. Our newspaper, more often in a circulation of 2,000 copies, was distributed free of charge to the cities and villages of the country.

The history of Christianity and the current state of Orthodoxy, described by outstanding historians and religious publicists, prayers and liturgical texts, spiritual edification and statements in the faith of the Fathers of antiquity and modernity, all of these topics were covered in the Abkhaz and Russian languages in the newspaper. We also would like to thank everyone who took part in the publication, who prepared and distributed the issues in different periods for 9 years: Marina Avidzba, Arda Ashuba, Tamila Arshba, Denoir Zantariya, Said Vozba, Daur Zantariya, Leon Ajinjal, Vladimir Kakaliya, Asida Gitsba, Irina Potamanova, Timur Kharchilava, Hilarion Zantariya, Isida Chania and Michael Avetisov.

We also express gratitude to the clergy of Abkhazia for the moral support and financial care, first of all, to hieromonk Andrey (Ampar) and the brethren of the New Athos monastery. Thank to systematic support of the New Athos Monastery the newspaper continued to function for 8 years. We thank Archimandrite Dorotheos (Dbar) and Hierodeacon David (Sarsaniya), Priest Vissarion Apliaa and Hieromonk Ignatius (Kiut).

We are sure that we will not be the last newspaper among the church publications and henceforth, the Orthodox Christian organizations of Abkhazia will continue to spread the Word of God in Abkhazia!