The Official Website of the Holy Metropolis of Abkhazia > Museum > Artifacts > Posters of concerts with the participation of the choir of the Church of St. Apostle Simon the Canaanite (Abkhazia)

Posters of concerts with the participation of the choir of the Church of St. Apostle Simon the Canaanite (Abkhazia)

Choir of the Church of St. Apostle Simon the Canaanite in the city of New Athos was created by Hieromonk Dorotheos (Dbar) in 2004 on the basis of the Regency School of the New Athos Theological School. The choir included: M. Skvortsova (chorister), K. Kolpakchyan, I. Pachalia, M. Chachkhalia, A. Aleksyan.

In 2004, the first CD of the Abkhazian Orthodox Church songs was published. In 2004, the second CD was released, supplemented by new recordings. The total circulation of the discs is 11,000 copies.

In January 2005, the choir participated in the XII International Festival of Sacred Music and Folklore (Svyatki-2005) in St. Petersburg, Russian Federation.

During the festival, several concerts were performed together with the “Rossika” Chamber Choir in various cultural centers of St. Petersburg (including the Small Hall of the State Academic Philharmonic named after M. Glinka). In October 2005, at the Abkhaz State Philharmonic Hall named after R. Gumba held a concert of sacred music with the participation of this choir and the winner of international music competitions, the chamber choir “Rossika” (St. Petersburg) under the direction of V. Kopylova-Panchenko.

In November 2005, the choir of the church of St. Apostle Simon the Canaanite together with the chamber choir of “Rossika” (St. Petersburg) took part in the festival of “Shores of the Black Sea”, held in Germany. The choir ceased to function in 2006. 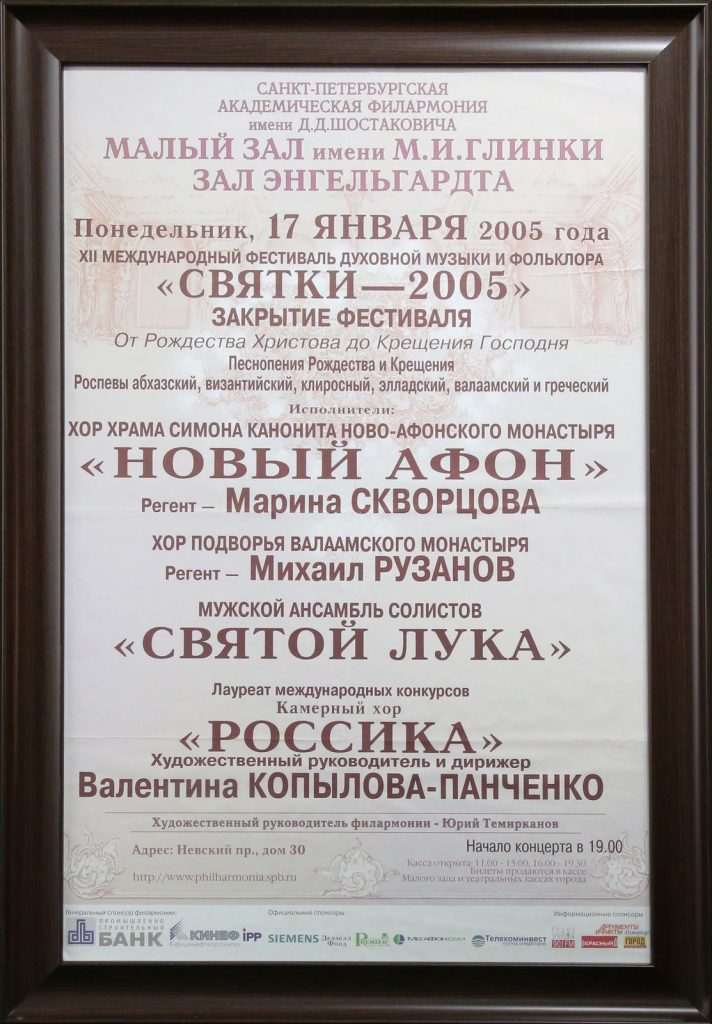 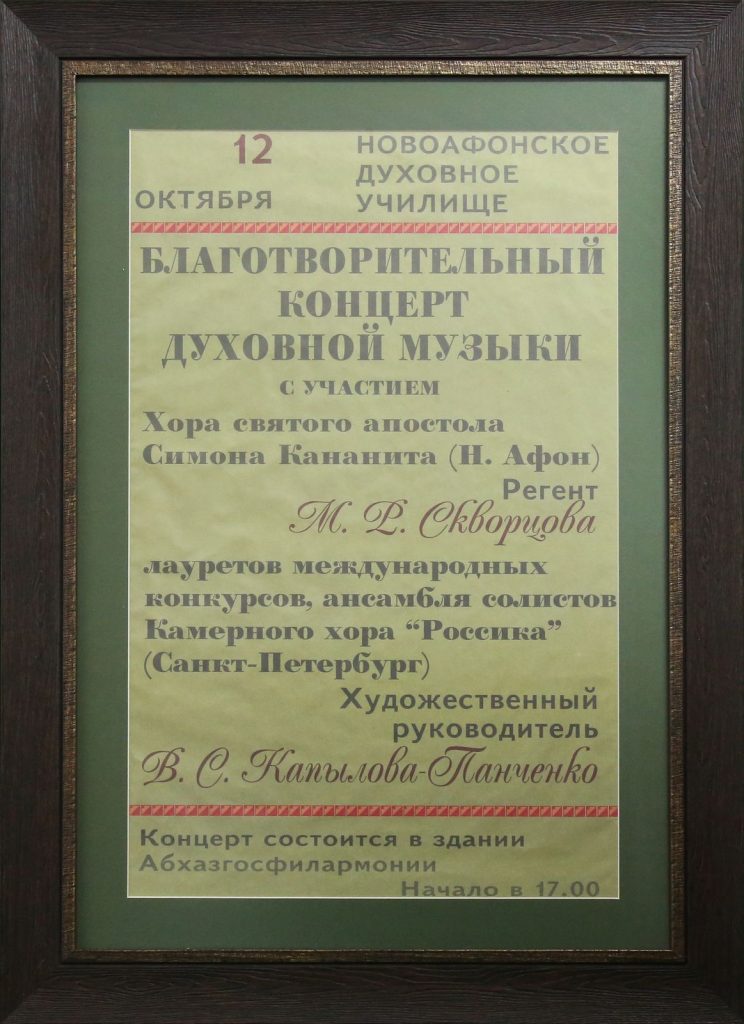 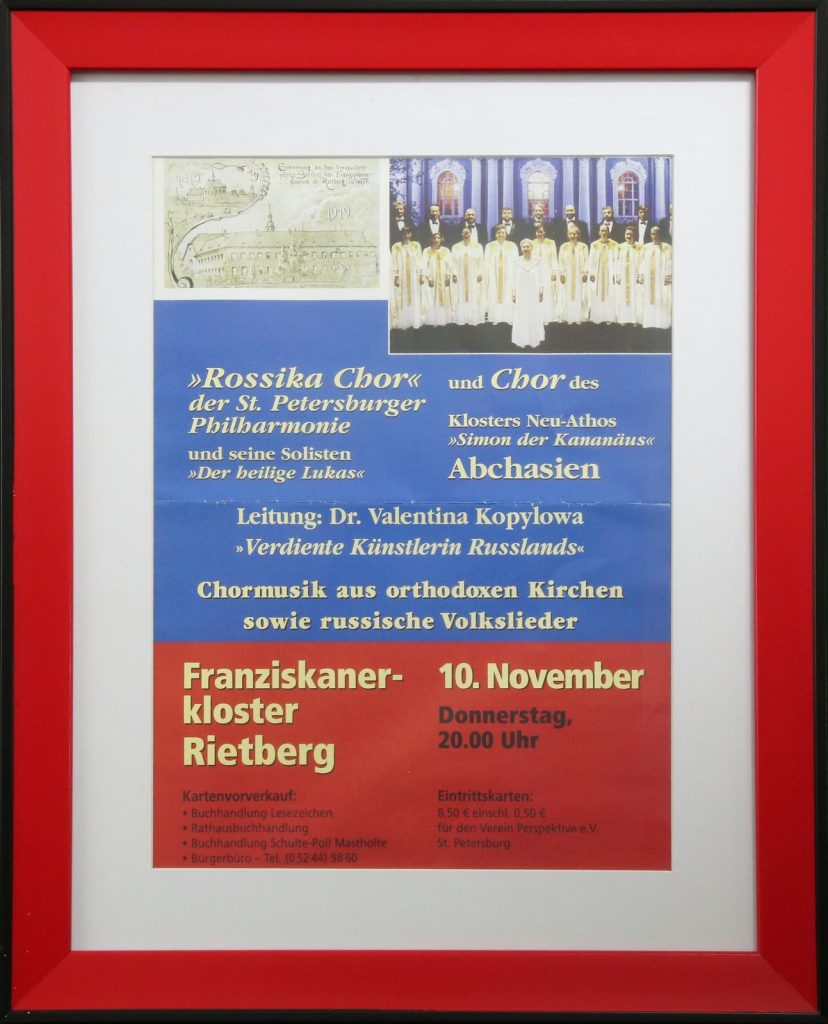