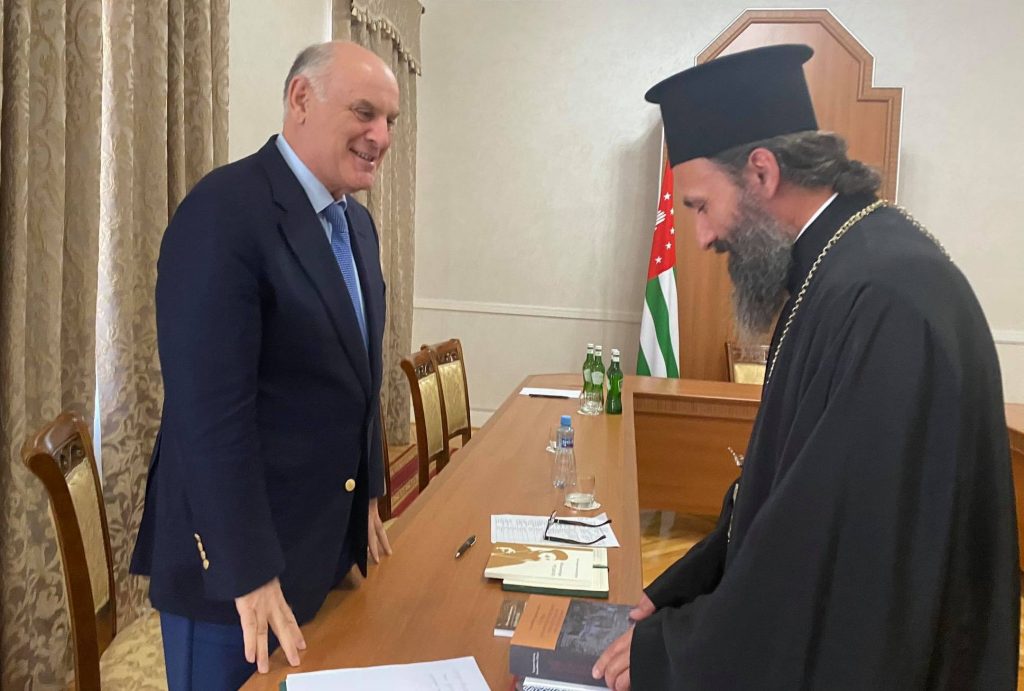 Representatives of the Holy Metropolis of Abkhazia congratulated Aslan Bzhania on his inauguration as President, wishing him God’s blessing in his work for the prosperity of our people and the state. During the conversation which lasted more than an hour, there were discussed problems of Christian religious organizations in Abkhazia, preservation of Christian monuments, social and charitable activities. The President expressed his interest in the HMA’s plans in the field of education, social service and charity, restoration of monuments of historical and cultural heritage. In addition, the President expressed his desire to visit the New Athos Monastery and the Skete of St. John the Baptist in the village of Ankhua to get acquainted more with the process of restoring church life. Archimandrite Dorotheos (Dbar) and Hierodeacon David (Sarsaniya) gave A.G. Bzhania memorable gifts – an icon of St. Panteleimon the Healer, books from the Publishing House of the Holy Metropolis of Abkhazia.

At the end of the meeting, which took place in an atmosphere of deep understanding, Archimandrite Dorotheos (Dbar) gave an interview to Abkhazian State Television. In the interview he noted that the solution of church issues should correspond to the formation of the Abkhaz state. The solution of the church status of Abkhazia must be decided by consensus, within the framework of the inter-Orthodox commission with the participation of all stakeholders.