Anthropological material from the ruins of St. George’s church in Ankhua

On 21-25 January 2020, work was carried out in the storehouse of the Church and Archaeological Museum of the Holy Metropolis of Abkhazia with anthropological material discovered during the archaeological expedition “Ankhua-2019.” During the expedition, excavations were carried out by the church of St. George in the village of Ankhua, Gudauta district. As a result of excavations 24 human bodies were discovered.

The Church and Archaeological Museum of HMA invited T. Yu. Shvedchikova, a researcher in the theory and methodology of the Institute of Archeology of the Russian Academy of Sciences, a candidate of historical sciences to work with anthropological material.

Storehouse work was carried out under the leadership of T. Yu. Shvedchikova, with the participation of a senior researcher at the Abkhazian Institute for Humanitarian Studies named after D. Gulia of the Academy of Sciences of Abkhazia, Doctor of Theology, Archimandrite Dorotheos (Dbar), and assistants – employees of HMA A. Smyr and G. Zakhartsev. 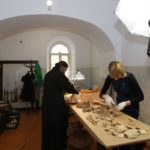 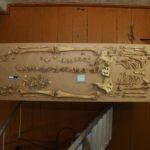 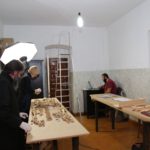 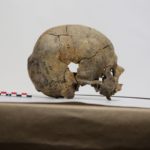 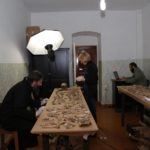 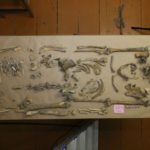 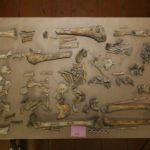 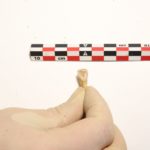 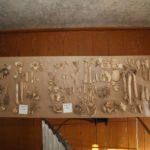