On 22 August 2019, the Head of the Russian Orthodox Old-Rite Church, His Eminence Korniliy, Metropolitan of Moscow and All Russia, visited the New Athos Monastery of the Holy Metropolis of Abkhazia. Arriving guests The abbot of the monastery, Hierodeacon David (Sarsaniya) accepted the guests in the cathedral church.

During a brief conversation, the Primate of the Russian Old-Rite Church was told about the apostolic preaching in Abkhazia and the modern canonical position of the Abkhaz Church. His Eminence Korniliy, Metropolitan of Moscow and All Russia was given presents. A group of guests from the Russian Orthodox Old-Rite Church was accompanied by representatives of the Sukhum-Pitsunda Diocese of the Abkhazian Orthodox Church.

The Russian Orthodox Old-Rite Church is currently leading a million people, including about 500 thousand in Russia. Traditionally, Old-Rite regions are considered the Volga region, Central Russia, the Urals, Pomorye and Siberia; to a lesser extent – the Far East, the Caucasus and the Don. As well as 300 thousand people are in the CIS, 200 thousand in Romania, 15 thousand in other parts of the world. 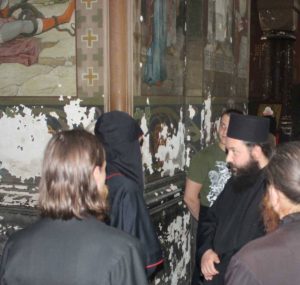 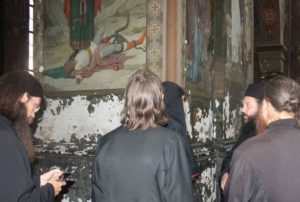 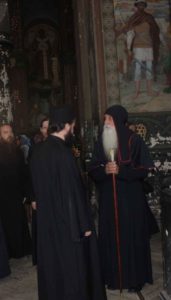