In September 2018, the Holy Metropolis of Abkhazia began to reconstruct the retaining wall of the Intercession Church of the Holy Virgin in New Athos.

The church was built in 1876 and partially destroyed during the Soviet era (in particular, the church lost its central dome, bell tower and altar apse). The building of the church in the Soviet period functioned as a club farm “Psyrtskha.” In the same period, the fence and retaining wall of the church were rebuilt several times. One of the last reconstructions was held in the 1970-1980s, when the apse was dismantled from the eastern side of the church building and a summer cinema was built.

In the pre-revolutionary period, the retaining wall was lined with limestone by the method of dry masonry. In the Soviet era, a fence made of concrete balusters was built over the supporting wall. Then, during the construction of the summer cinema, the railing of balusters was dismantled, concrete pillars with a fence of welded metal grates appeared in its place. On 19 April 2019, the Holy Metropolis of Abkhazia completed the reconstruction of the retaining wall of the Intercession Church in New Athos.

The length of the retaining wall is 50 m., the height is from 180 cm to 260 cm, the wall thickness is 66 cm. The supporting wall is a structure of reinforced concrete, lined with limestone from a dismantled pre-revolutionary supporting wall, a fence of 8 spans (123 concrete balusters) was installed over it. In addition, 6 double park lighting lamps were installed on the dividing posts of the spans of the fence.

The design of the supporting wall and fencing closely similar to the one, formed in the middle of the twentieth century. 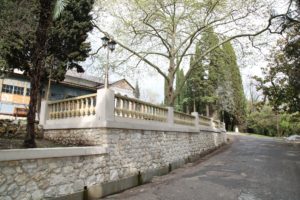 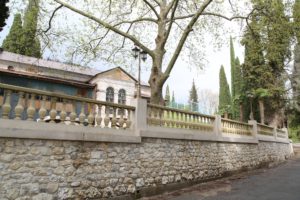 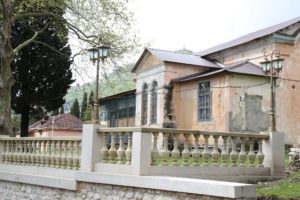 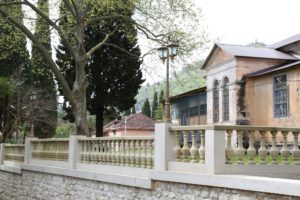 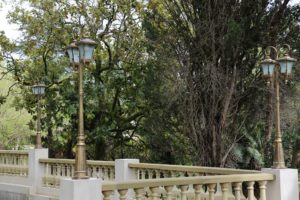 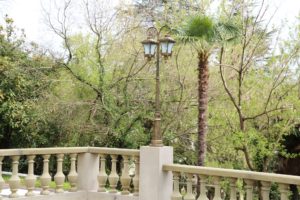 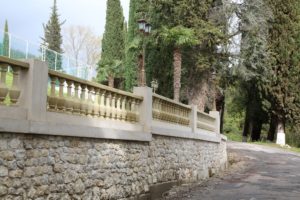 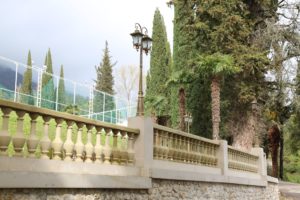 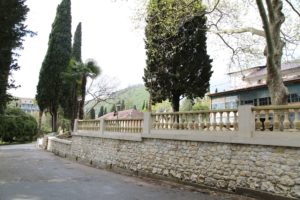