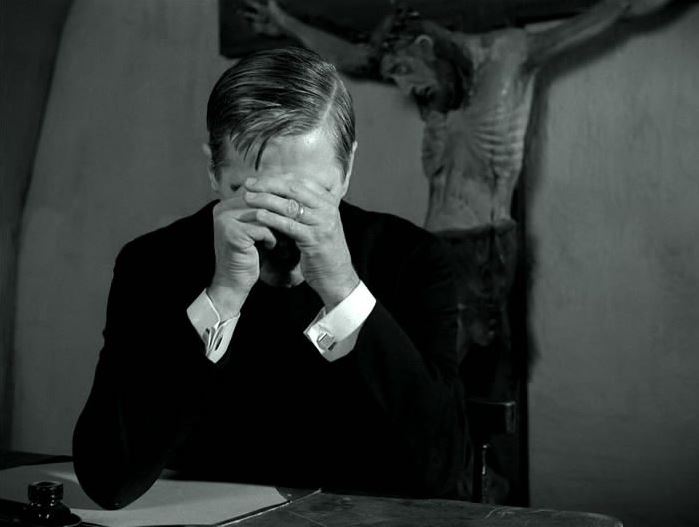 There is no time to watch many films. Although this is not useless and even necessary in the modern world. It is like contemporary art and modern literature in particular. But when I watch films, I watch them in the original language and always with subtitles (also in the original language). I watch films in Russian, English, Greek and sometimes in French.
It is very important to watch films in the original language. You get a completely different feeling and perception! Foreign films are not dubbed in many European countries, including Greece, where I lived for eight years. All foreign films are shown with Greek subtitles there. I began to understand the difference between dubbed films and films with subtitles there.
I remember when I was in Istanbul, I turned on the TV in a hotel and they showed a Hollywood film with Robert De Niro. All foreign films are dubbed in Turkey and when I heard Robert De Niro speaking Turkish, I was really confused.
I also watch films in original in order to develop the languages I studied in the past.
But now I want to talk about another thing. In recent years, I have been amazed by absence of any moral censorship in films and TV series, on television and in the Internet. It becomes more obvious when you watch films and TV shows in the original language, because dubbed film are edited.
For example, I was outraged by several phrases from the American drama series “The Queen’s Gambit”, filmed by Scott Frank and Allan Scott for Netflix. After several phrases in English in the first episodes of this drama series, I stopped watching it, although the plot of the film was interesting.
I cannot understand why nowadays people try to degrade, destroying all limits of morality. We are trying to prove that the disfigurement of the human face, loss of self-esteem and licentiousness are modern ways of self-expression in high art, in this case in cinematography! And the most amazing thing is that we wonder why we live in such a terrible world, where cruelty, violence and a lot of other terrible things exist.
Do you disagree with the fact that we are degrading?
For comparison, I would like to speak about the Motion Picture Production Code of USA, which was accepted in 1930. It was a set of industry guidelines for the self-censorship of content that was applied to most United States motion pictures released by major studios from 1934 to 1968. It is also popularly known as the Hays Code. It was possible to make films without adhering to the Hayes Code, but such films did not have a chance to be shown in cinemas. This code was repealed in 1967.
I will add below the Hayes Code not because it includes a prohibition on “Ridicule of the clergy (the priest on the screen could not be a villain or a comic character).” I consider that problems experienced by the clergy must be shown on the screen and discussed by society. This is right.
For example, I liked very much the following films: “O Pagador de Promessas” filmed by Brazilian director Anselmo Duarte (1962), “Winter Light” of the Swedish director Ingmar Bergman (1963), “Andrei Rublev” of the Russian director Andrei Tarkovsky (1966), “The Priest’s Wife” of the Italian director Dino Risi (1971) and others.
I stand against sarcasm, vulgarity and obscenities!
I also stand against the interpretation of one of the Hayes Code’s points -“Willful offense to any nation, race or creed (except atheists)”.
Here is a lists of “don’ts” and “be carefuls” of the Hayes Code proposed in 1927.
a list of “don’ts”:
· Pointed profanity—by either title or lip—this includes the words God, Lord, Jesus, Christ (unless they be used reverently in connection with proper religious ceremonies), Hell, S.O.B., damn, Gawd, and every other profane and vulgar expression however it may be spelled.
· Licentious or suggestive nudity—in fact or in silhouette; and any lecherous or licentious notice thereof by other characters in the picture.
· The illegal traffic in drugs.
· Any inference of sex perversion.
· White slavery.
· Miscegenation (sex relationships between the white and black races).
· Sex hygiene and venereal diseases.
· Scenes of actual childbirth—in fact or in silhouette.
· Children’s sex organs.
· Ridicule of the clergy.
· Willful offense to any nation, race or creed (except atheists).
BE IT FURTHER RESOLVED, that special care be exercised in the manner in which the following subjects are treated, to the end that vulgarity and suggestiveness may be eliminated and that good taste may be emphasized:
· The use of the Flag.
· International Relations (avoid picturizing in an unfavorable light another country’s religion, history, institutions, prominent people and citizenry).
· Arson.
· The use of firearms.
· Theft, robbery, safe-cracking, and dynamiting of trains, mines, buildings, et cetera (having in mind the effect which a too-detailed description of these may have upon the moron).
· Brutality and possible gruesomeness.
· Technique of committing murder by whatever method.
· Methods of smuggling.
· Actual hangings or electrocutions as legal punishment for crimeSympathy for criminals.
· Attitude toward public characters and institutions.
· Sedition.
· Apparent cruelty to children and animals.
· Branding of people or animals.
· The sale of women, or of a woman selling her virtue.
· Rape or attempted rape.
· First-night scenes.
· Man and woman in bed together.
· Deliberate seduction of girls.
· The institution of marriage.
· Surgical operations.
· The use of drugs.
· Titles or scenes having to do with law enforcement or law-enforcing officers.
· Excessive or lustful kissing, particularly when one character or the other is a “heavy”.
Unfortunately, it seems to me that nowadays screenwriters write and directors shoot only on the topics listed above.
The authors of the code of the Motion Picture Association of America could not even imagine that in future such a genre as “Horror Film” would appear in the cinematography!
Archimandrite Dorotheos (Dbar)
New Athos,
December 22, 2020.
Шәҩызцәа адырра рышәҭ: