Germain Marchand: “The President listened to representatives of HMA attentively” 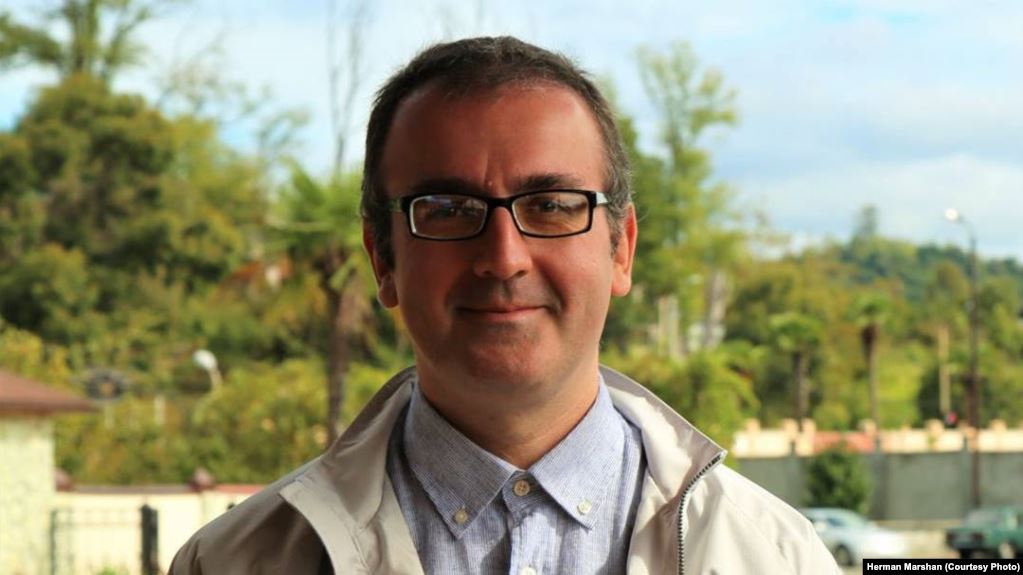 President of Abkhazia Aslan Bzhania intends to visit the New Athos monastery in September. Representatives of HMA had a meeting with the president of Abkhazia Aslan Bzhania. After this meeting, the secretary of the Council of the Holy Metropolis of Abkhazia Germain Marchand informed the “Echo of the Caucasus” about the upcoming visit. Germain Marchand tells Bzhania supported the idea of autocephaly of the Abkhazian Church and the creation of an inter-Orthodox commission, but he asked the clergymen of HMA not to hurry and not break relations with the Russian Federation, our strategic partner.

After a long  quarantine the New Athos Monastery and the Holy Metropolis of Abkhazia are gradually returning to their usual life. Since April, the monastery has been closed to prevent coronavirus infection, church services were held remotely, social life and assistance to people in need stopped. After the opening of the border, the monastery was also opened. Today it functions as usual.

Yesterday the feast of Transfiguration of the Lord (The Apple Feast of the Saviour) was celebrated there. A solemn liturgy was held in the church of the Holy Apostle Panteleimon, after the liturgy grapes and other fruits were blessed.

Another important event for HMA has taken place this week. Our delegation met with the President of the Republic of Abkhazia, Aslan Bzhania. The Metropolis was represented by the chairman of the Council, Archimandrite Dorotheos (Dbar), the abbot of the monastery of the Holy Apostle Simon the Canaanite, Hierodeacon David (Sarsaniya), member of the Council Dionysus Yalanchidi and secretary of HMA Germain Marchand.

Germain Marchand informs that the President accepted the HMA delegation hospitably and listened attentively. On the one hand, they talked about technical, financial and economic problems and on the other hand, talked about the formation of the Abkhazian Orthodox Church.

Germain Marchand told that for many years the monastery was reconstructing churches without any assistance:

“For many years, the monastery without any support is engaged in reconstruction and restoration works on its territory. In particular, a new iconostasis was installed, new icons were ordered for the church of the Holy Great Martyr Panteleimon.

The monastery pays taxes and pays for electricity at the same rates as commercial organizations, in addition, the rights to use objects on its territory remain unregulated:

“About 16 facilities are an integral part of the Holy Metropolis of Abkhazia. But in order to carry out restoration works at these facilities, it is necessary to have some kind of legislative basis. There is a decree issued almost ten years ago, which stops the possibility of having a legislative base for reconstruction and restoration works of religious facilities on the territory of Abkhazia. These questions were also raised. The president expressed a desire to find out more about the existence of religious organizations in Abkhazia, in particular, the Holy Metropolis of Abkhazia. Father Dorotheos and Father David satisfied his desire”.

According to the secretary of HMA, besides the routine issues of the monastery’s functioning, at the meeting with the president, there was discussed the issue of formation of the autocephalous Orthodox Church in Abkhazia:

“The President listened to the representatives of the Holy Metropolis of Abkhazia attentively. It was clear that he had already known most of the issues related to the church life in Abkhazia. The President expressed a desire to visit the New Athos monastery and consider all these issues there. Besides the issue of autocephaly of the Abkhazian Church, there will be considered issues on restoration works, including restoration of the skete, which is located in the village of Ankhua, issue of olive plantations as well. The president is going to visit the New Athos monastery in September”.

The main result of the meeting was the president’s positive attitude and his readiness to cooperate. Aslan Bzhania supported the idea of creating an inter-Orthodox commission, but he asked not to hurry and not break relations with Abkhazia’s strategic partner – the Russian Federation.